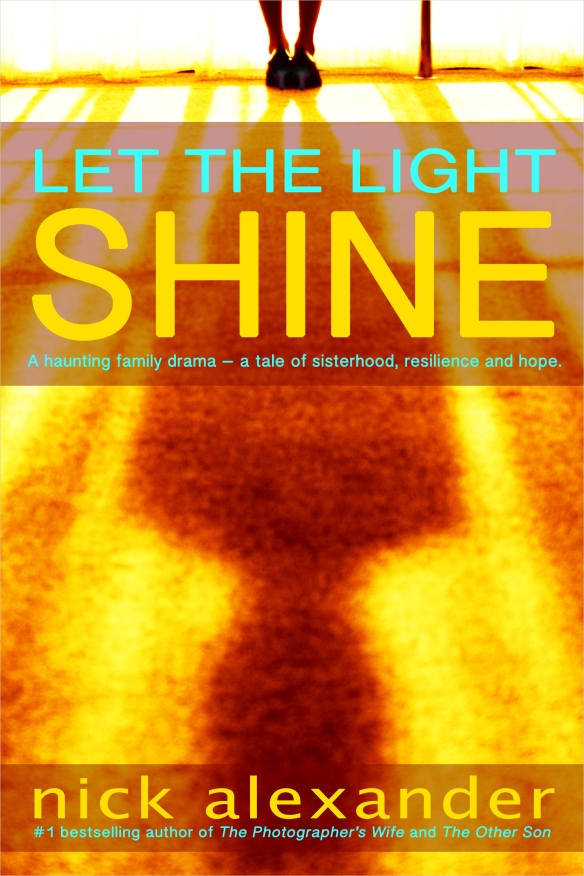 “I didn’t mean anything,” Sander offers softly after a moment’s pause.

Penny blinks at him slowly. “I know,” she replies.

For a few minutes, they eat their soup in silence. Sander thinks about Victoria in Venice and the fact that he mentioned the cost of Christmas and wrestles with his sense of guilt. For they both know that he hasn’t contributed financially for years.

Yes, he still sells the occasional painting, but he hasn’t made any serious money from his work since the noughties.

He would love to make more money, of course. He would love, once again, to surf the buzz of success that he (briefly) experienced in 2000 and 2001. He would love to be able to whisk Penny off to Venice for a weekend break. The views might even inspire him to do some more work, some new work, some different work… But he can’t take Penny to Venice, can he? They’re overdrawn on every account.

Still, the house is paid for, he reminds himself. And these days that single achievement makes them millionaires, on paper at least. Yes, he, Sander, with an inheritance from his estranged Danish parents and one big sell-out show in Cork Street, had paid for this house, cash. Perhaps they need to sell the house and move somewhere cheaper. If they moved inland or even better, up north, the equity in the house would leave them well-off for years, perhaps even until retirement. But he’s loath to lose this house. They have sea views from almost every window. He can hear the sea, even now, in the kitchen. And the pride he felt at being able to buy the place – a house! – with the proceeds from his paintings, is the biggest buzz he has ever felt, topping, in pride terms, even the births of Max and Chloe. Of course Max and Chloe are more important to him than the house, but he never felt that he’d done that much to make them happen. That always felt like Penny’s miracle more than it was ever his.

So the house, no, he can’t bear to think of leaving it. “I’d get a job if I thought there was anything else I could do,” he says, finally, those thoughts leading to this one.

And because they’ve been married for almost sixteen years, and in love, on and off, for at least fifteen of those, Penny effortlessly deduces Sander’s entire train of thought.

“I don’t want to go to Venice,” she says. “I really don’t. And I hate all those posh restaurants they go to. All that crumb-brushing and putting the wine out of reach so you can only get a refill when the snooty waiter deigns to fill your glass. Yuck.”

“Plus we’re not doing so badly,” Penny continues, glancing around the room as if to encompass the house, the furniture, the car outside and the soup on the table.

No, she thinks. We’re not being bombed and we’re not hungry or homeless, and we’re not worried about our son who was picked up by government security forces a few months ago and never heard from again. Three quarters of the world would consider Penny and Sander obscenely rich just for owning a working tap out of which gushes safe drinking water. She knows this and she tries to remind herself of it often.

She glances at the clock again and then starts to spoon her soup at double speed. “I have to be in Ashford by three,” she says.

“Yes,” Penny agrees. “Yes, they’re the hardest ones.” The unaccompanied minors’ backstories are always by far the most heartbreaking. “And you, are you staying in?”

“Good. Well, check the washing machine in half an hour, would you? I’ll put it on, but just check it’s not leaking again.”

Sander shrugs. “Sure,” he says.

Sander watches from his studio window as Penny drives away, then turns and stares out to sea. It’s such a beautiful view from this room, an ever changing vista of blues and greens and greys. Today, the sky is a light, almost cerulean blue. Beneath it, the sea blurs from a grimy cobalt green at the horizon down to deep green-blue, perhaps indigo mixed with chromite, where it meets the shore. A touch of charcoal grey, too, Sander thinks, imagining himself trying to mix that exact colour.

Perhaps he’ll paint another seascape. He sighs. He has an entire shelf of seascapes painted from this very spot. He enjoys the challenge of mixing the colours, of attempting to reproduce the myriad shades that light and nature and the laws of physics throw up every day, but in commercial terms, it’s worse than pointless – the materials cost money, after all. And in personal terms, it’s little more than laziness, the easiest route he has found to avoid doing nothing at all.

His big idea in the noughties, the one idea that paid for the house in fact, had been a series of Hopperesque interiors, all emerald greens and cadmium reds, all geometric shadows and visible rectangles of leaking light. His twist, his one great idea, had been to replace the figures in his paintings with depictions of blow-up dolls, their mouths rounded and plump, their busts pointy and over-inflated.

It had been this juxtaposition of artistry – for these had been painterly paintings – with the plastic disposable artifice of the modern world that had got everyone so excited. Hopper’s skill mixed with Warhol’s barefaced cheek, The Times had said of him. The Times! That’s how big he had been.

He can still paint just as well, of course. He has lost none of his skills at mixing colour, depicting perspective or applying texture. It’s just the idea that’s missing, it’s just that twist. But without a fresh flash of humour, he knows that he’ll never be hip again. The art world changed in the sixties, and it’s no longer enough to be a good craftsman. You have to be clever, witty, and hip as well.

He turns back to face the room and looks at the racks of paintings on the left hand wall. Hundreds of paintings and, including those upstairs, thousands perhaps. He needs to have a clear-out. He needs to make fresh space for new work otherwise he won’t even have anywhere to put it. He needs to have a bonfire, perhaps this November the fifth? But how to admit the necessity of destroying unsold work to make space without admitting the futility of ever painting anything again?

He looks to the right, to the steel shelves containing his materials. He keeps them ready, organised and clean, just in case. He stares at them and waits, yet again, for an idea.

His eye drifts to the wooden box in the corner. Perhaps if he doesn’t smoke today, that will help. Perhaps if he picks up his brushes and squeezes out pigments and leaves the box alone just this once. But then the doll idea had come to him when stoned, hadn’t it? Or is that just a story he has told himself? He can’t really remember anymore, if the truth be told.

He strokes his beard with his left hand, then exhales slowly and crosses to the box. He picks it up, caresses the lid and feels a tugging sensation deep in his gut. “Maybe just one,” he mutters, already lifting the lid and breathing in the rich odour of the “blue dream” buds within.

He rolls the joint, then sits in his threadbare spoon back armchair and stares back out at the horizon. He flicks open the lid of his beloved Zippo lighter – a whiff of lighter fluid reaches his nostrils. Clouds are forming to the east, casting deep violet shadows onto the surface of the sea. Violet, ultramarine, and a tiny touch of indigo, perhaps, he thinks, blowing smoke towards the ceiling.

Seascapes with blow-up dolls, he thinks. Greek life-rafts with blow-up dolls. Dead blow-up dolls on a beach. Clothes store dummies. Robots. Actually robots could be funny. Expensive robots on life-rafts. No one would ever let those sink to the bottom of the sea – they’d have hundreds of boats out in a jiffy. But no, it would be seen as political comment, not art – too literal.

He stares into the middle distance and feels the dope wash over him, feels it spread out warming and soothing and relaxing his muscles. And when the first joint is finished, he rolls another one. After that, he promises himself that he’ll work.

Or perhaps he should accept that it’s over, the dope seems to tell him. Perhaps that’s where true peace lies. He had his Warholian fifteen minutes of fame in 2001 so maybe he just needs to accept the nature of his own mediocrity from here on in. Perhaps accepting that it’s over is where happiness lies.

At some point he sees Chloe come home, her face so buried in her Samsung that she doesn’t even notice him looking down at her. And then, perhaps half an hour later, Max on his pushbike, his torch projecting a wobbling, yellow Hockneyesque triangle in the evening mist.

It’s only when he sees car headlights come around the corner, only when he hears the Ford’s clattering diesel engine that he realises how late it is.

Shit, he thinks. The washing machine.

And at that precise moment he hears Max calling up the stairs. “Dad? Dad?” he says. “Are you in? Only, the basement’s all flooded again! DAAAD?!”

Let the Light Shine will be published on the 30th September
in Kindle, Paperback and Audiobook formats.
Order your copy here:
https://www.amazon.co.uk/Let-Light-Shine-Nick-Alexander-ebook/dp/B01HT64G84/